5 English-Dubbed Anime to Watch This Summer 2019

Beat the heat with these 5 English-dubbed anime.

Hey, not only sub fans get to enjoy new anime, but dub fans can also join in on the fun. And this summer is going to be literally on fire. This season we can expect some real quality shows as soon as they air in Japan, talk about fast. We hope summer doesn't go by that fast. So while the sun is shining stay indoors and watch these five English-dubbed anime this summer. 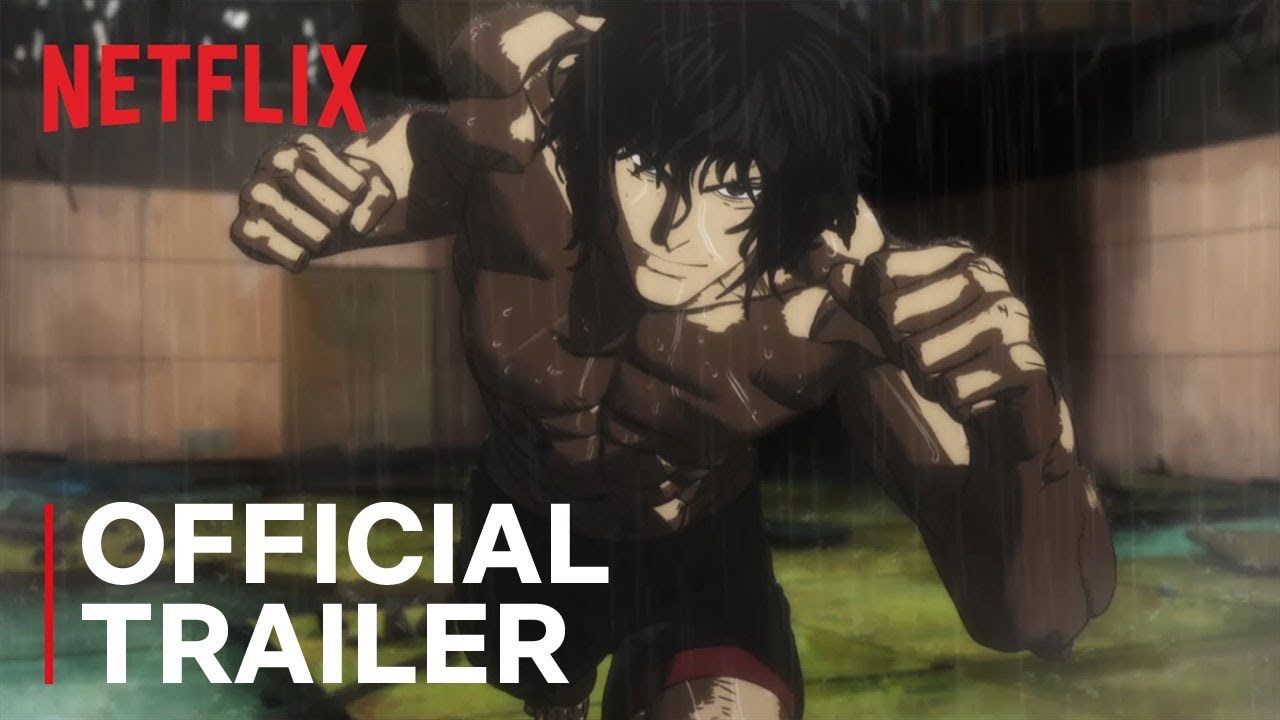 In the world of Kengan Ashura, hand-to-hand fighting matches rule the social scene with businesses and merchants waging large sums of money to watch fighters duke it out. But not only are the Kengan matches a source of entertainment but also a means to resolve disputes with each other. The anime follows the fighter Ōma Tokita, a.k.a. Ashura, as he enters these matches on behalf of a shady businessman named Nogi Hideki.

Seiji Kishi from Re: Hamatora will take a seat at the director's chair at Larx Entertainment (Monsuno). Coming along is Makoto Uezu (Akame ga KILL!, Devil Survivor 2 The Animation) who will be writing the series' composition and Kazuaki Morita (Persona 4: The Animation, Assassination Classroom) who's in charge of character design.

Besides an anime adaptation, the series also has a smartphone game called Kengan Ultimate Battle where you can compete as your favorite character. Kengan Ashura will premiere on Netflix globally on July 31.

How Heavy Are the Dumbbells You Lift?

Girls pump iron in the body-building comedy anime How Heavy Are the Dumbbells You Lift? The story centers around high school student Hibiki who loves to eat. But when a friend criticized Hibiki's eating habits and bodyweight, Hibiki promises herself to look thin by summer vacation. Nonetheless, she doesn't know how to exercise correctly on her own. Thus, she joins a gym and happens to bump into the beautiful and charismatic student council president Akemi Sōryūin, who's obsessed with muscles. Hibiki must give her all because summer is just around the corner.

Mitsue Yamazaki (Tada Never Falls in Love) is directing the anime at Doga Kobo (New Game!, Luck & Logic). Also, Fumihiko Shimo from Kokoro Connect is in charge of the series' script. Moreover, Ai Kikuchi from New Game! will be joining the project as a character designer.

The English adaptation of How Heavy Are the Dumbbells You Lift? Will air on July 17 on Funimation.

Finally, after months of waiting, Dr. Stone will make its TV premiere this summer and Funimation will air the English adaptation.  The post-apocalyptic series takes place after a mysterious phenomenon turns all of humanity to stone. The series follows two boys – Senku Ishigami a science-driven boy and his childhood friend Taiju Oki – who awaken to find this petrified world. Now with the power of science, they will try to rebuild civilization from nothing.

While there's no release date for the English dub, it shouldn't be too long after the series premieres on July 5th in Japan.

At last, Bungo Stray Dogs: Dead Apple has an English adaptation. The movie takes place after the events of the second season and follows the mysterious bloodbath known as the Dragon's Head Rush conflict. During the catastrophe, 500 people with supernatural abilities have been found dead, apparently from suicide. Set to investigate the event is The Armed Detective Agency and they must capture the number one suspect, Shibusawa Tatsuhiko, whose mysterious power is thought to be behind the Dragon's Head Rush. But things take a left turn when Osamu Dazai disappears and Fyodor Dostoyevsky, a.k.a. "Demon" starts showing his shadow.

Fans of the comedy mystery based on historical figures have the opportunity to see the English dub on Funimation.

After watching the movie head over to Fandom and read their review.

Saint Seiya: Knights of the Zodiac 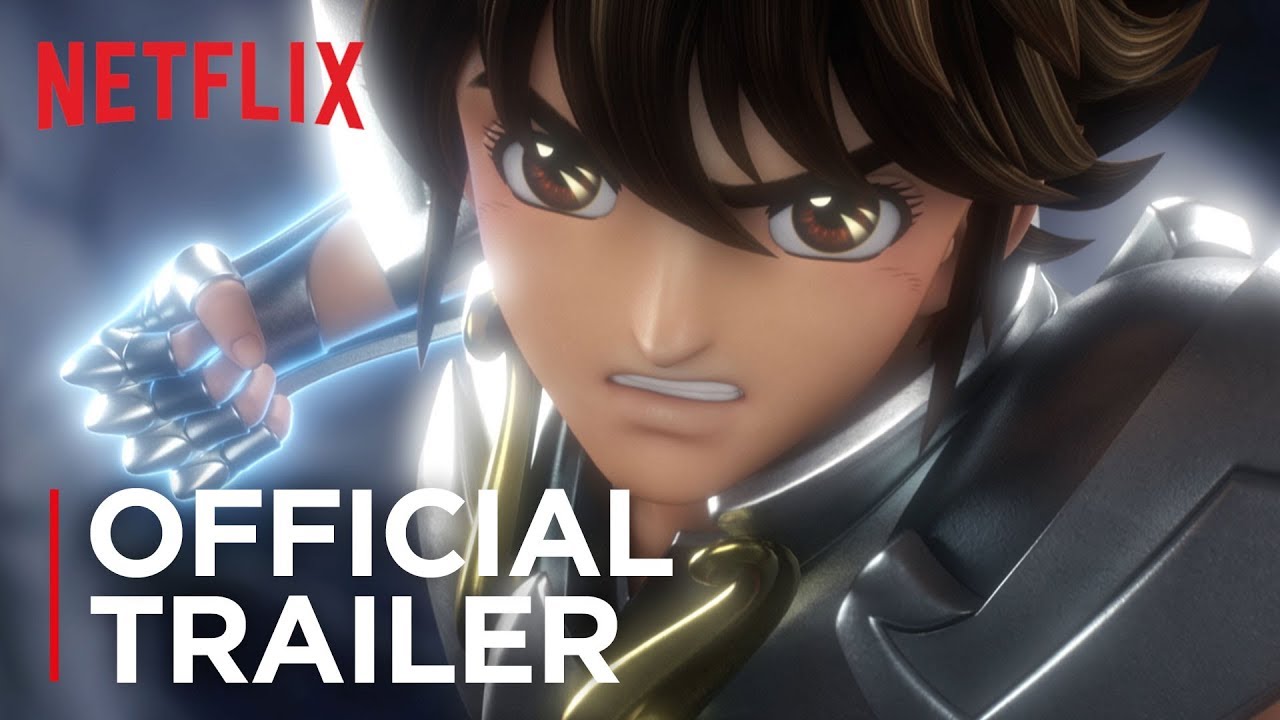 A new adaptation of Saint Seiya is heading our way in dub and CG form. The new series is a remake of Masami Kurumada's Saint Seiya (Knights of the Zodiac) manga and it follows the modern day adventures of young warriors called "Knights", who have pledged to protect the reincarnated Greek goddess Athena. They help the goddess in her battle against powerful Olympian gods who are set on destroying the human race.

Taking the lead on the CG remake is D.Gray-man Hallow's director Yoshiharu Ashino with Toei Animation (Clannad, Dragon Ball Z) in charge of producing the series. The cool character and armor design will be in the hands of Terumi Nishii (JoJo's Bizarre Adventure: Diamond Is Unbreakable) and Takashi Okazaki (Batman Ninja, Garo -Vanishing Line-) respectively. For the English staff, Eugene Son (Duel Masters, B-Legend! Battle Bedaman) will be the head writer and story editor.

The updated take on the classic anime will debut July 19 on Netflix worldwide. The anime's first 12-episode season will chronicle the story from the Galaxian Wars to Silver Saints arcs of the manga.